Breaking the record for late Awesomeness

Ah well, c'est la vie!  Yet again, a brilliant excuse -- Saturday night was girls' night, followed by Sunday morning's inaugural Founding Board meeting of the Katie Foundation (I could just wrap up the Week in Awesome on that alone...), followed by a quick nap, followed by some top-secret creative activities which shall be revealed some time next month, followed by... Monday.

But here I am, basking in the glow of the Awesome first meeting, realizing that the world needs a bit of awesome.

Most of the awesome comes, once again, from friend B -- an endless supply of this stuff!  :)  The original link she'd sent expired, but I searched it out and found another version on YouTube.  The creativity of the Pilobolus dance troupe is just brilliant and... yes, Awesome:
https://www.youtube.com/watch?v=FYftvseVzuI

And this beautiful documentary film, "Scared is Scared", in which filmmaker Bianca Giaever re-creates the story by six-year-old Asa Baker-Rouse, all about being scared and how to overcome it.  May we all have such wisdom:
Strombo | Anytime You Feel Scared, Just Think About What This Little Boy Has To Say & You'll Feel Better

And, the last B contribution of the week, SoulPancake's lovely experiment of putting a ball pit in a public space, and encouraging strangers to sit in it and talk about life's big questions.

And finally, I forgot to put this lovely graphic in last week -- not sure of the original creator, but it was posted on my FB wall via http://www.facebook.com/recipesforgals/: 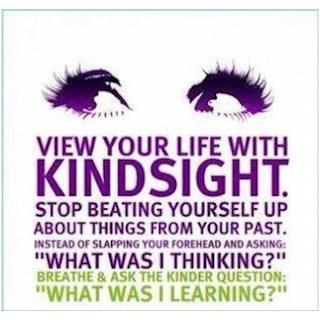 Have a truly awesome week, everyone -- and happy day of love, or day of binge-eating, whichever side you're on.  ;)