The not-so-awesome week in Awesome

This one is kind of like pulling teeth, as my depression has been dark and icky this week.  But that seems like exactly the kind of week where I need to remember something awesome.

Awesome discovery, introduced to me by friend B: Pandora's Aquarium.  It's an online support group and resource site for survivors of rape and sexual abuse.  I mentioned it last week, it's true, but I didn't actually join up until a few days ago.  Within minutes of my membership approval, I was warmly greeted by members from all over the world.  It's a fabulous community, with many sub-communities based on the type of abuse, what stage you're at in your healing, etc.  I've been really enjoying the J.O.Y. (for older survivors) Group -- oy, get me my walking cane! -- and it's been really great to be able to talk with folks going through the same things, and being able to offer support for other folks.

And, just when I was hitting the bottom of the barrel, depression-wise, feeling sorry for myself that I was (yet again) alienated from my family in the season that's supposed to be spent with family, I got this letter from my niece in Friday's mail (she'd even addressed the envelope all by herself!): 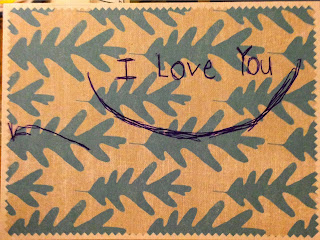 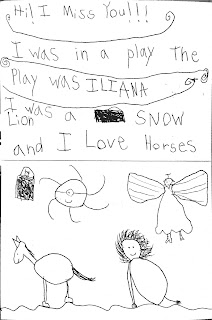 (I'm still trying to figure out why the sun is a cyclops, but... maybe some things aren't to be understood?) 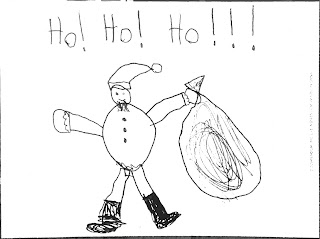 That's all the awesome I've been able to conjure in this frame of mind, folks.  Will try to pick my ass off the floor in time for a truly awesome round of awesomeness next week!

In the meantime, have a fabulous holiday, and hug the ones you love.  I'm going to go collect one of those hugs from my awesome-hugger husband.  Which makes three awesome things reported on today.  :-)